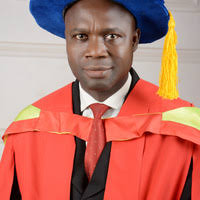 A University Don, Dr Rasheed Oyaromade has called for a straightening up of policies that will ensure a smooth transition into the economic regime that will herald the proposed newly designed naira notes with the mind of having an inclusive participation of Nigerians in the entire process.

He made this known while speaking on the proposed redesigning of the Nation’s currency, on the Crest Breakfast show.

Oyaromade noted that the Central Bank of Nigeria would do well to give some more time to Nigerians to change the old notes to the redesigned ones bearing in mind that 45% of Nigerians do not have bank accounts.

Oyaromade, who is also an economic expert, called for caution in the handling of the exchange of the old notes to new ones in order not to create an apprehension that will further drive the foreign exchange past what is already obtainable at the moment.