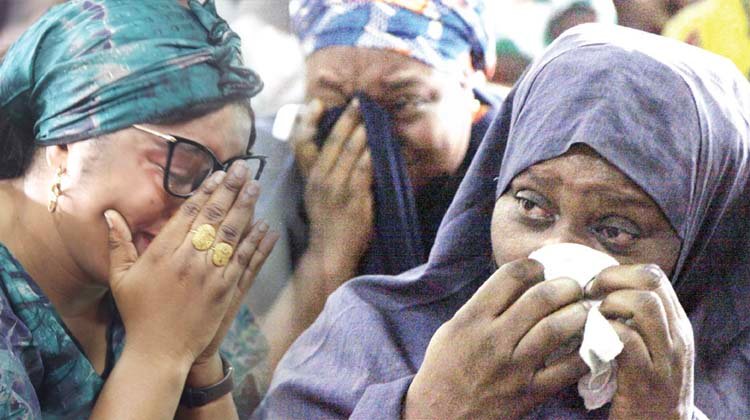 The abductors of the abducted Kaduna-Abuja train passengers have released another video where the victims were being flogged by the terrorists.

The terrorists had attacked the Abuja-Kaduna train on March 28, killing eight and kidnapping no fewer than 61 passengers.

The Managing Director of the Bank of the Agriculture, Alwan Hassan, was the first to be released after reportedly paying a 100 million naira ransom on April 7.

75 days after the incidents, the terrorists released 11 persons held in captivity which according to Tukur Mamu, the negotiator and media consultant to the Islamic cleric, Sheikh Ahmad Gumi, described as was achieved “following a series of robust engagement with the terrorists and with the approval of the Federal Government.”

However, on July 9, seven of the victims were later released after reportedly paying 800 million Naira ransom.

The remaining 43 victims were told to pay 100 million naira to secure the release of their loved ones.

In the two minutes, 50 seconds video sighted by newsmen, the male victims were crying as they were being flogged by the terrorists.

One of the terrorists in the video vowed to abduct the President, Muhammadu Buhari , Kaduna State Governor, Nasiru El-Rufai and other prominent Nigerians and destabilise the country if their demands were not met.