Spain to allow girls over 16 opt for abortion 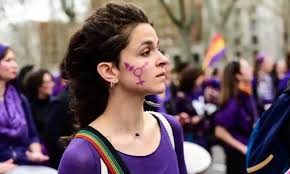 Spain to allow girls over 16 opt for abortion

Spain has approved a draft bill that would remove the requirement for 16 and 17-year-old girls to have parental consent before terminating a pregnancy.
The new bill is aimed at reforming a previous abortion law approved by the conservative People’s Party in 2015.
Government spokeswoman Isabel Rodriguez said the bill represented “a new step forward for democracy”.
If the bill is approved, Spain will become the first country in Europe to offer its workers paid menstrual leave.
In Spain, voluntary abortion is allowed up until the 14th week of pregnancy.Equality Minister Irene Montero said government institutions had to “discard taboos, stigmas and guilt regarding women’s bodies”.
The sexual and reproductive health bill also aims to give employees three days of sick leave for painful periods, the draft says, potentially extending it to five days for particularly intense or incapacitating pain.
Spain says the state social security system, not employers, will pay for this sick leave.