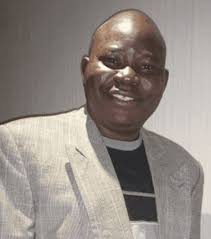 A lecturer at the North West University, South Africa, Professor Lere Amusan, has called on leaders in Nigeria to pump adequate funds into the upgrade of University education and other arms in the country’s education sector.

He made this known while speaking on the challenges confronting Nigeria’s education amongst other issues on Crest FM’s Programme The Crest Breakfast Show.

The University Don berated the endemic corruption which he said has also contributed to the underdevelopment of the sector over time, as well as the proliferation of universities in Nigeria.

Also speaking on the show, a Public Affairs Analyst, Mr Ola Olalere, who also decried what he described as the level of societal decadence that has eaten deep into the education sector, however charged the University community on the need to eschew corruption and remain ingenious in sustaining their system.

It would be recalled that lecturers in Nigerian Universities went on over 230 days industrial action and have since threatened to consider revoking the suspension of the strike after the Federal Government refused to pay their full salaries; a development some stakeholders believe was the right call by their employers.