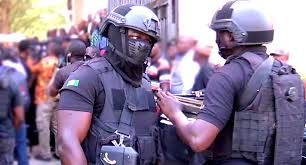 By Oluwatobi Oladipupo
A social commentator, Mallam Musa Aliyu has called for proper restructuring of security agencies for effective operations against terrorists in nigeria.
Mr Aliyu who made the call while reacting to a new uniform adopted by nscdc on Crest FM’s Eyi Ara called on government to properly sensitize the public on the new development.
He also charged nigerians to support security agencies in the fight against insecurity.
It would be recalled that nscdc has adopted a new uniform to be worn only on Tuesdays.