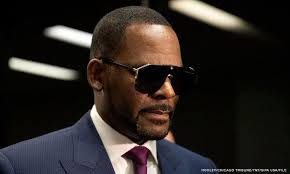 Embattled R&B singer, R. Kelly, was sentenced to 30 years in prison Wednesday for recruiting and trapping teenagers and women for sex.

Judge Ann Donnelly handed down the term in the Brooklyn federal court nearly a year after the 55-year-old Kelly was convicted by a New York jury.

“The verdict is in: R. Kelly has been sentenced to 30 years,” the US attorney’s office for the Eastern District of New York said in a tweet.

The prosecutors had urged the court to put the “I Believe I Can Fly” artist behind bars for at least 25 years, saying he still “poses a serious danger to the public.”

In September, R Kelly was found guilty on all nine charges he faced, including the most serious of racketeering.