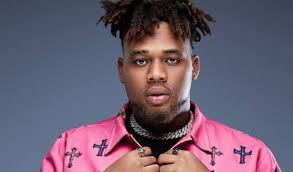 Nigerian singer, Daniel Benson, professionally known as BNXN, has retracted a tweet where he admitted to spitting on a police officer.

In now-deleted tweets shared on Wednesday, BNXN, formerly known as Buju, revealed that he had indeed been in a squabble with the police, which led to him spitting on an officer.

The Finesse crooner has however made a U-turn, stating that the expression “spat in a police officer’s face” was “idiomatic”.

Daniel tweeted on Thursday that he only stood his ground against the physical assault meted against him by policemen, who according to him, “have now been brought to book.”

BNXN’s statement comes after the Lagos State Police Command spokesperson, Ben Hundeyin, threatened sanctions against the singer based on his tweets