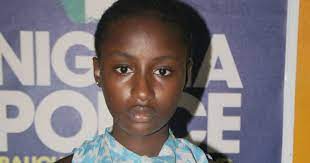 Police in Bauchi State have found a 17-year-old girl, Mildred Ebuka, who got missing on Thursday while running an errand in Lagos.

Ebuka reportedly left her residence in Victoria Island on Thursday to deliver a wig cap to her Aunty’s friend in the Ikorodu area of Lagos.

The Bauchi Police Command on Friday alerted the public to locate the girl in its custody.

The State Police Public Relations Officer, SP Ahmed Wakil, told newsmen on Friday that Mildred was found in a park in Bauchi.

Some journalist s who ran a check on the address, discovered that the street does not exist.

When contacted, The Lagos State Police Public Relations Officer, SP Benjamin Hundeyin, also confirmed that the street did not exist.