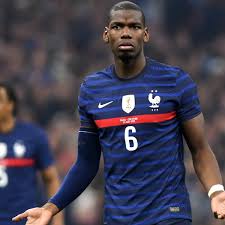 Paul Pogba is set to rejoin Juventus on a free transfer after his Manchester United contract expired.

It is understood the 29-year-old France midfielder will have a medical at the weekend before completing the move.

Pogba joined United from the Italian side in 2016 for a then world-record fee of 89 Million Pounds.

United and Pogba failed to agree on a new contract and the club confirmed at the start of last month that he would leave as a free agent this summer.

It is anticipated Pogba will begin training with Juventus next week prior to their trip to the United States, where they will face Barcelona and Real Madrid on 27th and 30th of July respectively.

For the second straight season, Juventus finished fourth in Serie A, 16 points behind champions AC Milan.

They had been Italian champions for the preceding nine seasons, with Pogba playing a key role in their title wins from 2012-13 to 2015-16 seasons.