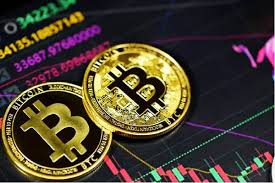 Nigerians traded at least N77.75bn ($185m) worth of Bitcoin in the first three months of the year despite the Central Bank of Nigeria’s restrictions on cryptocurrency transactions in the country.

This is a 5.71 per cent increase from the N73.54bn worth of Bitcoin that was traded in the corresponding period of 2021, according to data given to newsmen by Paxful, one of the major peer-to-peer cryptocurrency platforms in the nation.

Trade from Nigeria accounted for 25.87 per cent of the total N300.48bn ($715m) worth of Bitcoin that was traded on the platform in the quarter under review.

This was despite the CBN’s restrictions on cryptocurrencies in the nation. In February of 2021, the CBN asked banks in the nation to stop transacting in and with entities dealing in crypto assets.

The bank said, “Further to earlier regulatory directives on the subject, the bank hereby wishes to remind regulated institutions that dealing in cryptocurrencies or facilitating payments for cryptocurrency exchanges is prohibited.