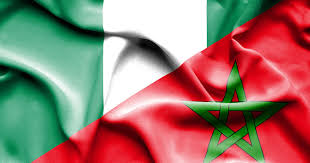 The Nigerian government and Morocco are planning to build the world’s longest offshore pipeline and second-longest pipeline in the world to carry gas from Nigeria to Morocco, running across 11 West African countries.
A media aide to the President, Tolu Ogunlesi, disclosed this via his official Twitter handle
He said the partnership, which was between the Nigerian National Petroleum Company Limited and ONHYM of Morocco, was originally signed by the two countries in June 2018.
“It will carry gas from Nigeria to Morocco (and Europe), running across 11 West African countries. The agreement for the Nigeria-Morocco Gas Pipeline was originally signed by the two countries when President @MBuhari paid a state visit to Morocco in June 2018.
“When completed, the over 7,000km long gas pipeline will link Nigeria with Morocco, across 11 West African countries and extend to Europe. It will be the longest offshore pipeline in the world and the second-longest pipeline overall.”
Meanwhile, the Minister of State for Petroleum, Timipre Sylva, has said that the Nigeria-Morocco gas pipeline may not be completed under the Buhari regime.
Credit: Punch