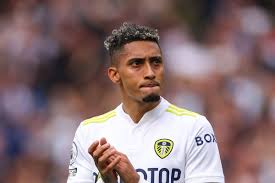 Leeds United forward Raphinha is set to join Barcelona after the two clubs agreed a deal.

The move for the 25-year-old Brazil playmaker is reportedly worth an initial 58m euros (£49m).

Both clubs announced “an agreement in principle” had been reached, pending the player passing a medical.