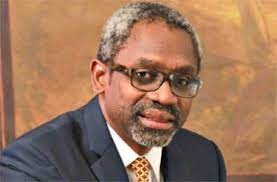 The Speaker of the House of Representatives, Mr Femi Gbajabiamila, has written to the Academic Staff Union of Universities (ASUU) asking for a meeting with the union on Tuesday, September 20, Saturday.

In a letter signed by the Clerk of the House of Representatives, Yahaya Danzarta, and addressed to the president of ASUU, the speaker expressed his concern over the failed negotiations between the Federal Government and the union.

The letter also asked ASUU to submit a written presentation of its perspective on the matter to the House before the day of the meeting.

Meanwhile, the leadership of the National Association of Nigerian Students has vowed to take its protest to the international airports across the country and ground their activities.

Speaking in Akure , the Ondo State capital, the Chairman, NANS National Task Force on ‘End ASUU Strike Now’, Ojo Olumide, said students were already tired of pleading with both parties over the need to end the strike.