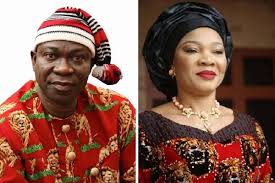 Senate President, Ahmad Lawan, has disclosed that the Nigerian High Commission in the United Kingdom has engaged the services of lawyers to defend the senator representing Enugu West Senatorial District, Ike Ekweremadu, and his wife, Beatrice.

Lawan made this known yesterday while giving details about the outcome of a closed session held by the upper chamber before the start of plenary proceedings.

Ekweremadu, alongside his wife, was arrested by the UK Metropolitan Police last Tuesday for conspiracy to harvest the organs of a minor.

Ekweremadu and his wife allegedly facilitated David’s entry into the UK to transplant his kidney into their daughter, Sonia, who is suffering from kidney failure.

The couple was arraigned at the Uxbridge Magistrate Court in London on charges of conspiracy and organ harvest last Thursday.