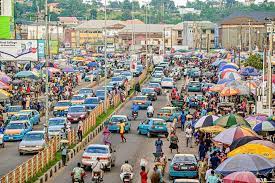 As Nigeria celebrates World Environmental Day, public health officials have identified insufficient workers and an increase in population as major factors affecting the level of cleanliness in Ondo state.

While featuring on the Crest Breakfast Show, Eyi Ara, the chairman committee on the repositioning of waste management, ondo state, Mr. Kehinde Badejo stressed the need to procure recycling machines.

Badejo decried inconsistencies in different administrations which affect environmental policies in the state.

Also speaking, a health official at Ondo state College of Health Technology Akure, Mr Abiodun David said there is a shortage of manpower in the sector, and few ones on board are not empowered.

He noted that the general public should be enlightened on the roles to play to maintain a healthy environment.