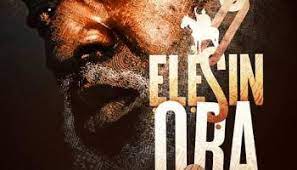 The cast of newly released Netflix movie Elesin Oba: The King’s Horseman, have received accolades for their outstanding performance in the Yoruba epic story.

A screen adaptation of Wole Soyinka’s Death and the King’s Horseman, Elesin Oba was directed by the late Biyi Bandele, who died in August.

The movie follows the true-life story of a King’s horseman (played by Odunlade Adekola), who, according to tradition, has to lay down his life to ensure the safe passage of the deceased King into the afterlife.

Elesin Oba’s sexual escapades becomes his downfall as he is unable to perform his traditional duties, spelling doom for the people of the land.