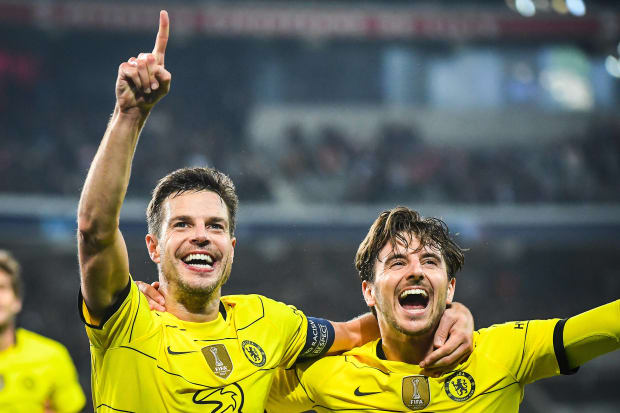 Chelsea may have a new name above the door at Stamford Bridge in the coming weeks but some things never change, and they delivered the evidence once more by beating Crystal Palace 2-0 to reach their third successive FA Cup final.
In recent years, Chelsea have been the exception to the often-quoted rule that stability sustains success, a consistent supply of silverware arriving in west London despite regular managerial changes and expensive shifts in personnel.
Chelsea have shown a remarkable ability to defy the game’s natural laws, thriving amid what the outside world deemed as chaos, buffeted by the sort of turbulence usually associated with the crisis.
It has not mattered whether the club was undergoing seismic change on or off the pitch – and occasionally both – as Chelsea have a winning mentality that appears able to overcome all obstacles.