Buhari warns against imposition of unpopular candidate in APC ahead 2023 poll. 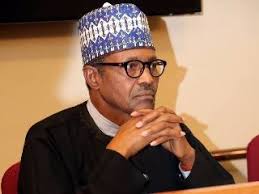 Buhari warns against imposition of unpopular candidate in APC ahead 2023 poll.

President Muhammadu Buhari has warned leaders of the All Progressives Congress at both National and State levels against factions and imposing unpopular candidates as the 2023 general election approaches.

The president gave the warning at the 11th meeting of the National Executive Committee of the All Progressives Congress yesterday in Abuja.

This is as the party reached agreements on the form it would use to select a presidential candidate and other matters relating to the 2023 general election.

The National Executive Council of the All Progressives Congress has also transferred power to the Abdullahi Adamu-led National Working Committee until July 2022.

The party’s secretary, Dr Iyiola Omisore, disclosed this to delegates at the 11th National Executive Committee meeting of the APC held at Transcorp Hilton, Abuja.

The President also told new members of the National Working Committee, which had been delegated powers of NEC to work towards keeping the party together by creating more rooms for discussions.