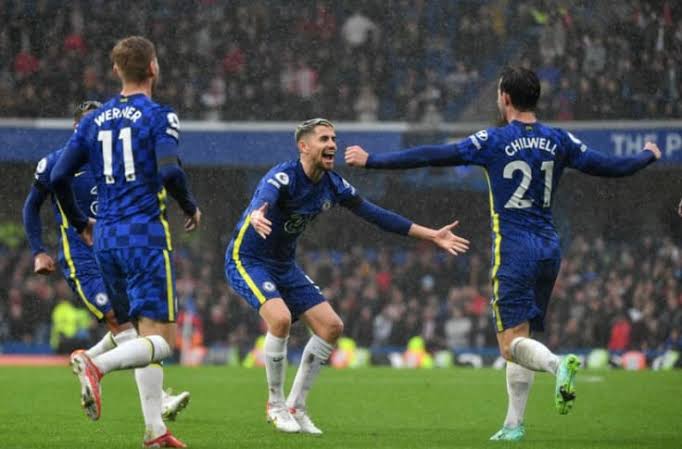 Christian Eriksen scored his first goal for Brentford as they closed in on Premier League safety by outclassing Chelsea at Stamford Bridge.

Brentford produced a magnificent display to record their first win over Chelsea since 1939 as they came from behind to stun Thomas Tuchel’s side with three goals in 10 minutes in the second half before adding a fourth late on to humiliate the UEFA Champions League holders.

The Bees enjoyed the better of the first half but were punished for not taking chances when Antonio Rudiger flashed a brilliant 30-yard finish past David Raya three minutes after the restart.

Brentford’s response was instant and spectacular as Vitaly Janelt hammered home the equaliser two minutes later before the golden moment in the 54th minute as Bryan Mbeumo squared a pass for Eriksen to score in front of the joyous visiting support.

And Brentford were not finished there, Janelt breaking clear again on the hour to beat Chelsea keeper Edouard Mendy before substitute Yoane Wissa completed their glory day in the closing moments.

Brentford are now on 33 points, 11 clear of Watford, who are third from bottom, and can now surely contemplate English Premier League football again next season.