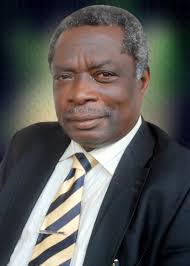 The Federal Government and security agencies have been indicted in their alleged nonchalance attitude in tackling continuous oil theft in Nigeria.

An academia and Public Affairs Analyst, Prof. Samuel Odewumi, while speaking on State of the Nation on Crest Breakfast Show today, said many stakeholders, including the government and its agencies, were aware of the workings of oil thieves, but closed their eyes against it.

Prof. Odewumi said it is wrong for Nigerians to think that oil theft was limited to a few persons that cut pipelines in Niger Delta communities.

He charged the Nigerian Labour Congress to wake up from its slumber and act fast to prevent the bad eggs in government from destroying completely, the nation’s economy.

Reacting to the recently suspended industrial action by the Academic Staff Union of Universities, (ASUU), Prof Odewumi described the development as a battle lost by all parties involved.

According to him, to avert future incessant industrial actions by ASUU, the government must set up a permanent negotiating committee, saddled with the responsibility of checking the lapses and worries of the lecturers in the university often time.

On the 2023 general elections, Prof Odewumi called on the media to from time to time, educate Nigerians on the proper electioneering process to have violence-free polls.