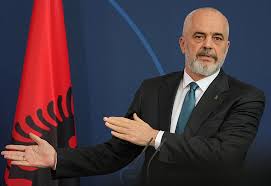 Albania has severed diplomatic ties with Iran and ordered Iranian embassy staff to leave, accusing it of orchestrating a major cyber-attack.

Its foreign ministry condemned the decision to expel its diplomats as “anti-Iranian” and suggested in a statement that “third parties” may have been involved in coming up with the accusations, Iran’s state news agency reported.

The United States said it strongly condemned the cyber-attack on a Nato ally and vowed to hold Iran accountable for actions that threatened Albania’s security.

Relations between Tirana and Tehran have been tense since Albania offered asylum to thousands of Iranian dissidents.