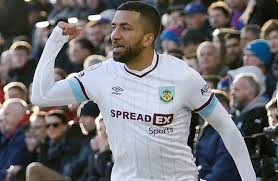 Former England winger Aaron Lennon has retired at the age of 35.

Lennon began his career at Leeds United and spent 10 years with Tottenham before spells at Everton, Burnley and Turkish side Kayserispor.

Lennon, who played for Burnley either side of a stint at Kayserispor, left the Clarets when his contract expired this summer.